How can I run/activate a python script via node-red?

With the description above (YARC) it's possible for me. But I tried it with node-red and our ctrlx-datalayer-request node from node-red-contrib-ctrlx-automation. I try the following: 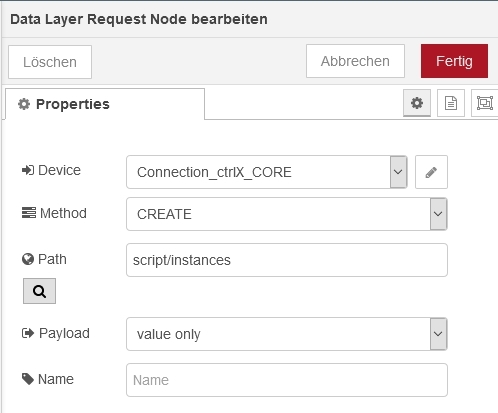 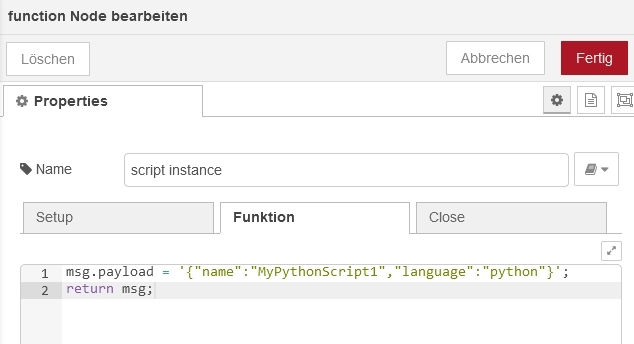 I did some tests with objects and with string as payload. But I always get the error message:

Re: How to run Python-scripts on the ctrlX CORE via Node-RED

First you have to choose the payload as "value + type (json)" because you are trying to handle over an complex data type. 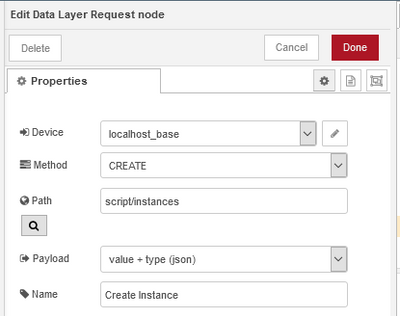 Second your payload including the object have to look like this:

At the moment script instances are not persistent and so get deleted while a reboot. Also there is no automatism to start and run a script. We are already aware of this topic and are working on it.

See also examples in "node-red-contrib-ctrlx-automation". They can be imported in Node-RED directly: 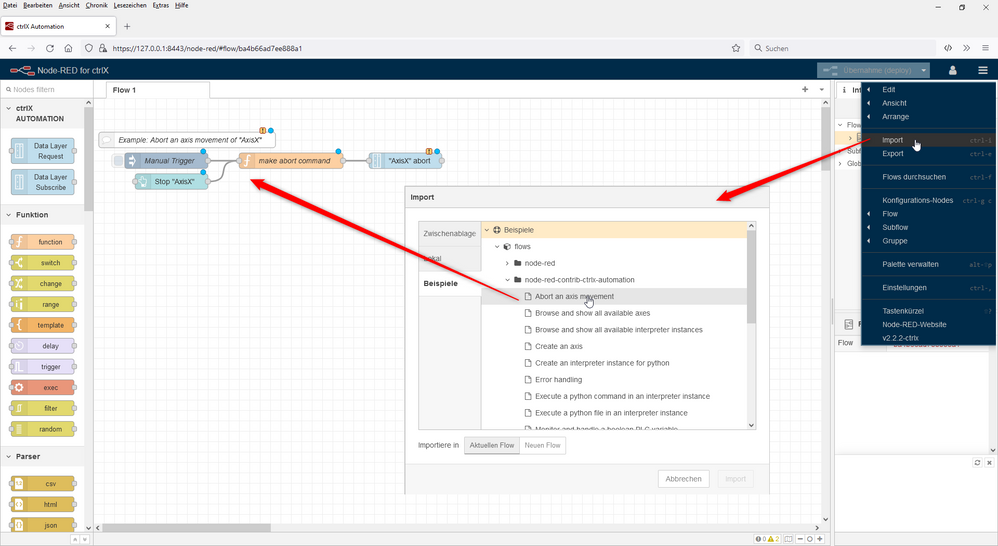 Re: How to run Python-scripts on the ctrlX CORE via Node-RED

you can have the functionality of a persistent python instance by using the init script.