ctrlX AUTOMATION surmounts the classic boundaries between machine controls, the IT world and the Internet of Things. With a Linux real-time operating system, consistently open standards, app programming technology, web-based engineering and a comprehensive IoT connection, ctrlX AUTOMATION reduces components and engineering costs by 30 to 50%.

To show you the features and possibilities of ctrlX AUTOMATION, we created the YouTube series ctrlX developR. In eleven episodes you will learn a lot about our future-proof automation solution. In addition to providing insights into the development process, our experts demonstrate the functionalities of the system and show numerous application examples.

Due to the high demand, the next season is already being planned. Stay tuned!

How did the development of ctrlX AUTOMATION come about in the first place? What freedoms did the developers have? What expectations did they have to meet? How was Bosch Rexroth able to develop a new automation platform from scratch? Get all answers to these questions in the first episode of ctrlX developR.

In episode 1 we shared a lot of insights about the strategy of ctrlX AUTOMATION. In this episode we finally unbox the ctrlX CORE, the heart of our platform, and even go down to every bit and byte.
Kai and Christian show you how to start your first project with ctrlX AUTOMATION.

The ctrlX Data Layer is one of the USPs of ctrlX AUTOMATION. Johannes likes to compare it to the neural system of the human body. It connects the individual organs with each other - in our case apps. In episode 3 of our 11-part ctrlX developR series Christian really finds out everything you need to know about the ctrlX Data Layer.

The ctrlX Device Portal guarantees high savings in maintenance and servicing of the device software. Via its cloud technology, the central administration of controllers across multiple sites as well as secure remote access to own controllers is possible. Regardless of location, security updates and new functions can be installed, backups can be restored, and information about available updates and extensions can be retrieved.
In this episode Julian presents the ctrlX Device Portal in a live demo and answers all questions.

Who of you has ever used a SDK (Software Development Kit) for an industrial control? As far as we know, this is rather unusual. But of course not for ctrlX AUTOMATION, because it is the most open system on the market. And with the SDK we enable you to program and integrate exactly the apps you need for your individual functions and requirements.
Johannes and Christian show you everything about the SDK in episode 5.

ctrlX AUTOMATION stands for maximum openness. This is reflected among other things in the ctrlX World. Within the platform, users can use apps from Bosch Rexroth, third-party applications or apps they have created themselves. These apps can be downloaded via the ctrlX App Store and assigned to the ctrlX CORE control platform via a license system. Third party vendors can integrate apps via the Software Development Kit (SDK - Episode 5) for ctrlX AUTOMATION. Existing code can easily be integrated as an app - for both real-time and non-real-time applications. Numerous programming languages like C++, Python, Java and many more are supported. Via the ctrlX Data Layer (Episode 3) these apps can contain automation data and exchange information with other apps. Bosch Rexroth is also working intensively on further partnerships in the field of hardware and is opening its platform for co-creation of new solutions. Users thus benefit from the constantly growing ecosystem.

In this episode, Johannes and Christian talk to Thomas Hepp, CEO of Mirasoft and developer of the App AnyViz, which is already part of the ctrlX World. Thanks to the intuitive operating concept, visualizations, graphical analyses and reports can be created with just a few clicks. Production processes can be visualized and analyzed transparently. Key performance indicators and energy evaluations help to optimize processes and sustainably increase efficiency. In addition to remote monitoring, AnyViz enables new business models to generate sustainable earnings.

Security is one of the most mentioned topics in our series 1 of ctrlX developR. For sure an indicator for its relevance. In episode 7 Christian welcomes our Master of Security, the natural enemy of all the hackers out there, Alexander. He points out why for example remote maintenance became more important with Industry 4.0 and how we solve this challenge with ctrlX AUTOMATION. Making everything secure was always piecemeal as there was no holistic security concept in former automation platforms.

Basic requirements for an open and future-proof platform are standardized and state-of-the-art interfaces. REST stands for Representational State Transfer. Using the REST interface enables us to dock web based apps to the ctrlX CORE very easily. And this was essential for the architecture of ctrlX AUTOMATION since we have already chosen a lot of web-based services. In this episode of ctrlX developR Johannes demonstrates how to configure machine controls faster and more efficiently, how REST works together with the ctrlX Data Layer and how to create whole dashboards using Node-RED.

The ctrlX AUTOMATION Community offers a platform for developers. Knowledge transfer and exchange of experience with other users are just as much a part of the community as useful tips for getting started with ctrlX AUTOMATION, comprehensive application examples and needs-based Software Development Kits (SDKs). It is more than just a forum. Ultimately, it will be our control center where all information for developers comes together to help implement any kind of project with ctrlX AUTOMATION.

In episode 10 of ctrlX developR everything is about the programming language Python - and about what you can do with Python and ctrlX AUTOMATION, especially in the field of artificial intelligence. By the way: In this episode you have the chance to win one of these t-shirts. So just give this video a thumbs up and write a comment to take part in the draw.

ctrlX AUTOMATION is all about maximum simplicity and usability. We make it much easier to program on the ctrlX CORE for example in ongoing production and to provide machine operators with the necessary building blocks to make changes to the code quickly. And this is why we have turned graphical programming into a separate application, which is based on Google Blockly and creates Python scripts for example . 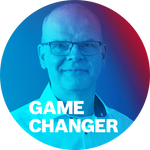 ThorstenX
Hi, I'm a member of the ctrlX AUTOMATION Community team. Life is too short to do everything by email, so use the power of communities