In this tutorial, it will be shown how to use and configure the IEC 60870-5 protocol in the ctrlX CORE. For this purpose, a Codesys package from  3S-Systems GmbH will be used. This package allows to create a IEC 60870-5-104 server to which it is possible to send or receive data from a Slave.

Note: It will be assumed that the user knows how to connect to the ctrlX CORE from the Engineering computer. Otherwise, check the following link: QUICK START GUIDE CTRLX CORE.

1. Connect the CtrlX CORE with the Engineering computer and access the ctrlX Automation interface.

2. Install the PLC app. The PLC app will be used to run the program that creates the server.

3. The app is installed. In the ctrlX CORE web interface, the “Settings” menu es clicked ->  Access “Apps” -> Change to “Service mode” because otherwise, it will not be possible to install the apps, and the “Install from file” button is clicked. A new window will be opened where the previously downloaded file is selected.

Once installed, the app will be visible as shown in the previous figure.

2. Return back to the PLC program and create a new project.

Note: The PLC program can be opened from the ctrlX CORE interface as shown at the beginning of the tutorial, or from the ctrlX WORKS program in the Engineering Tools section.

Note: To briefly understand how the app works it is recommended to watch the following Youtube video

Additionally, in this section, the information objects the user wants to use are created. In the "Add objects" section it is possible to choose between Monitoring and control direction objects.

As the names tell, the monitoring direction objects are used to "monitor" server status, and the control direction are used to send commands from any client connected to the server.

Per default some Single-Point, Double-Point, Step-Point and Measured information objects are created with their individual Information Object Address (IOA). These addresses are very important because they identify each object inside of the server. The IOA can be configured by selecting the information object, and in the Object address section. When the object address is changed, the second format of the address also changes automatically. In this case, the IOA = 1.0.1 has been selected, and in the second format it is equivalent to 65537.

The same configuration can be done for the different information objects. For this tutorial, we will focus on the Measured values objects because the objective is to write some values over them.

To configure the 257 IOA, the following steps will be followed:

In this case, a "Set point command" will be configured. This information object will be used to send a value from the slave.

To add this object, it is required to click over "Set point command" in the "Add objects" menu as shown here:

Click over the new added information object, and fill the following blank spaces:

Note: It is important to remember the type of object because later it will be required to define the object again.

5. Generate the code. Press "F11" or click over the button shown in the following image:

6. Check some of the generated lines of code

7. Login and transfer the PLC program to the ctrlX CORE: Click over the button shown in the following figure.

Now the server is running in the ctrlX CORE, and we can try to send commands or read the values from a slave as it will be shown in the next chapter.

In this chapter, it will be shown how to create a "Simulated client" to test if the server is working as expected. For this purpose, the Client IEC 104 Simulator will be used. This program can be downloaded in the official webpage .

2. Open the simulator and click over "Add client". Next, introduce the Server IP Address. This is the ctrlX CORE IP Address. Check that the Port number is 2404 and nothing else is required to change.

3. In the "Data_Objects_1" section, click over "Start Communication" and if the server is correctly configured, a similar image as shown should appear:

As it can be seen, all the different objects defined in the Telecontrol Configurator appear here.

4. Send a command to the server

As it can be seen, the slave has successfully sent a command with the use of the command object and given this value to the measured value object. 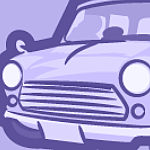 sanX
Hi, I am Nicolas and I am an Intern on the Industrial Applications team. If you have any questions, do not hesitate to contact me.